This is the 20th post in a series tracking the development of Tock, a safe multi-tasking operating system for microcontrollers.

We’re giving a tutorial co-located with SenSys 2017 Novenmber 5th in Delft, The Netherlands. Go here for details and to sign up to recieve an e-mail when registration opens. Easy to write low power applications is one of the main design goals of Tock. While we’ve basically built an architecture that should support it, we haven’t focused much yet on actually getting our development boards in to low power modes. That changed this week, as we got the imix down to 7uA! Read about the details here.

USB Enumeration for the SAM4L

@daniel-scs has been working for several months on supporting the SAM4L’s USB controller. He hit a huge milestone this past week managing to build enough support to enumerate the device on Linux: 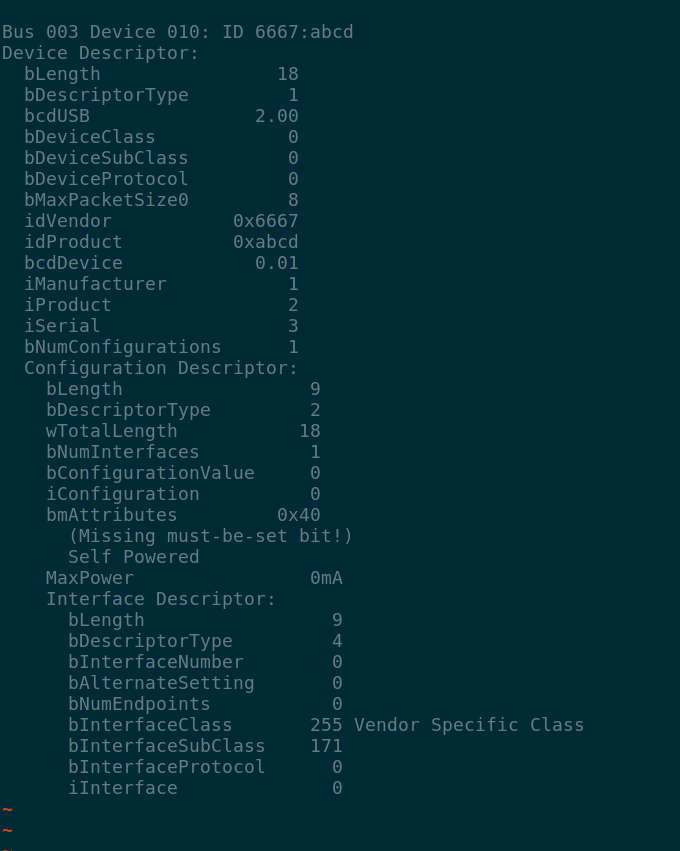 If you’ve dealt with bare-metal USB drivers, you probably know that enumeration is a good deal of the way towards building a device, and we’re all in awe of @daniel-scs.

The screenshot is an Android phone picking up on an advertisement running their code on an NRF51DK. The manufaturer data field shown is an actual reading from the NRF51’s temperature sensor.

Itching to start using and developing for Tock? There are still Hail development boards, the main board used for Tock development, available in stock. Check them out here.